Back on Betty's Island page 5, we left the island in December 2010, in the snow.

This page starts at the top with the most recent report in 2011, and will pick up the next report when it happens.

The trees are doing very good, with plenty of water and goose poop fertilizer. Most of the grass is green, including the clump of dead dry grass that was therefore spray painted green, by the paint guy. Well, green is good. The island guys (two of them this year) replaced one tree that was nibbled a bit by geese and muskrats. Better wire fencing was added for protection of several trees. A Canadian goose nested on the island, as usual. 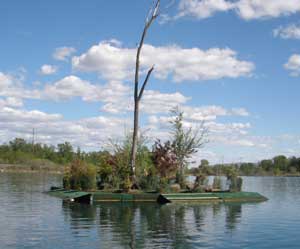 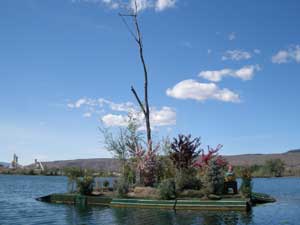 A gaggle of goslings came from the goose nest again. 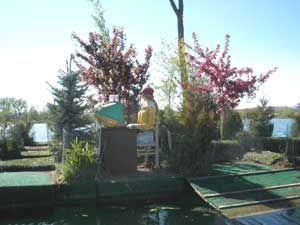 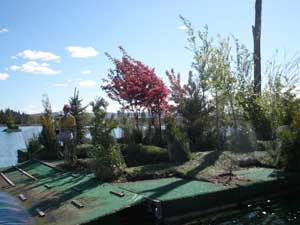 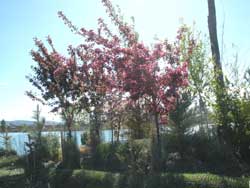 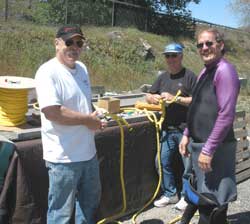 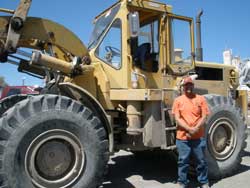 The entire island re-achoring crew, including the boat captain whose boat we did not scratch the entire time. 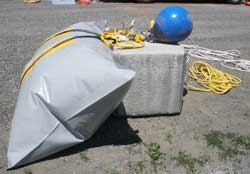 And the 2,040 pound concrete half environmental block. 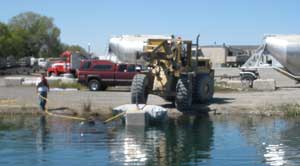 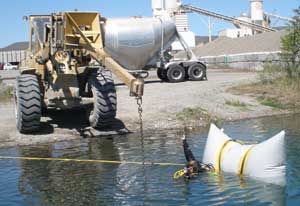 The concrete block is under the float bag. 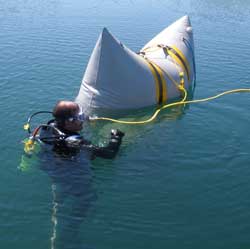 In position, there on the left. Towing into positition, bottom center. The moment the block is cut loose, right. 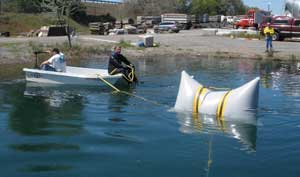 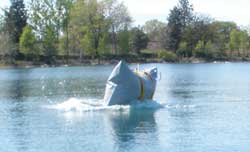 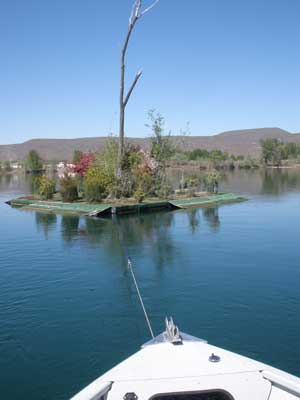 Towing Betty's island to the new anchor, backwards of course. 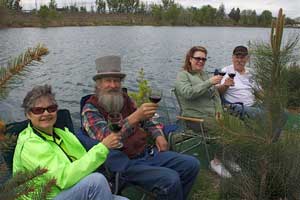 And the purpose of the island. 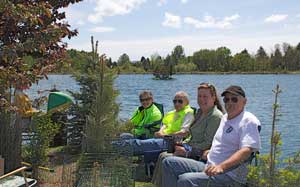